Protect your home from theft and burglary with the Door/Window Smart Sensor. It consists of two parts and it is extremely quick and easy to install. Place one part onto the frame and the other directly onto the door/window. When both parts get separated, the device generates an alarm automatically. 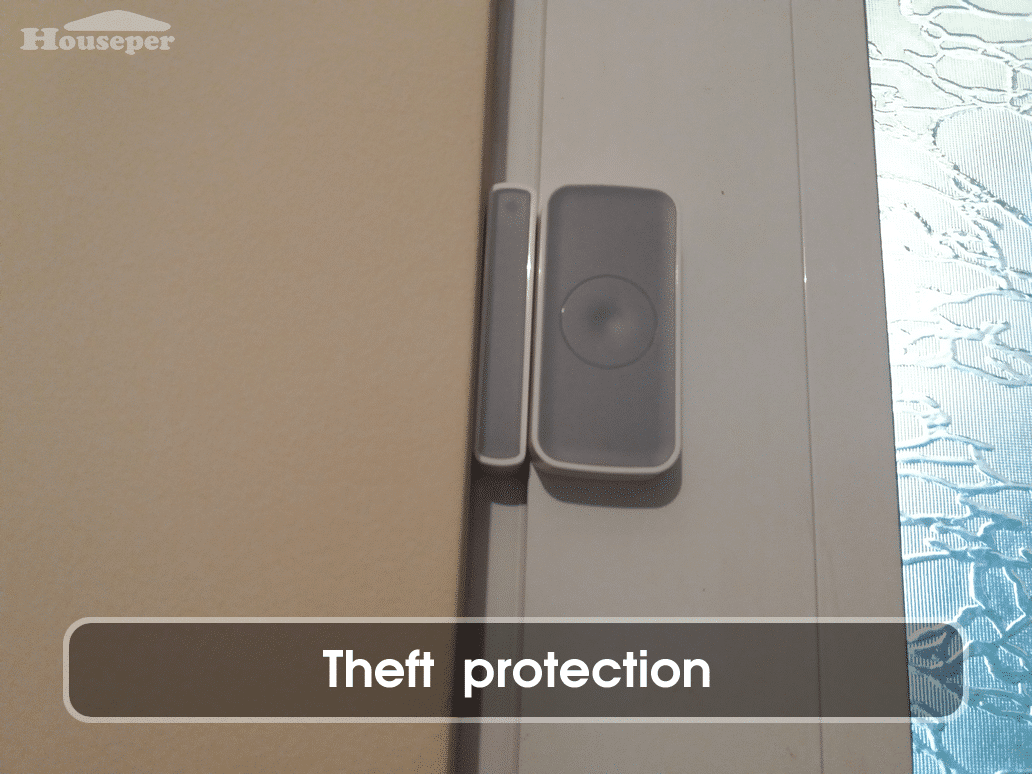 If the device is active, the following alarm indication

will appear. Like all other home security devices, the sensor as a part of the Houseper system can have other alarms, such as:

Tamper when someone has opened the back cover of the device.

Trouble in case of device malfunction.

Battery when the batteries are low and it’s time to replace them. The sensor comes with included batteries that last a very long time. Depending on the load, they can last up to several years without having to replace them. 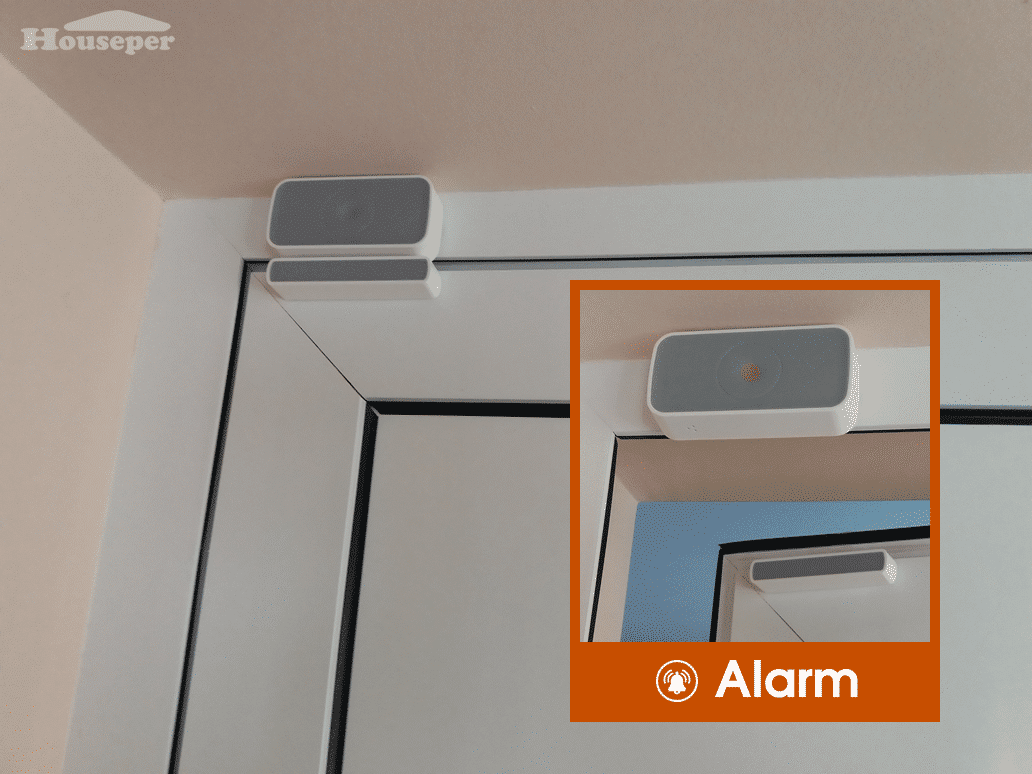 Add the device to your zones for faster control, including via the Remote Control device. You can also combine it with Siren to deter thieves.

Take advantage of the remote control that the Houseper mobile smartphone app gives you and check if you have forgotten any windows open. You can also browse the log to see when someone has been come in/out.

Be the first to review “Door/Window Sensor” Cancel reply