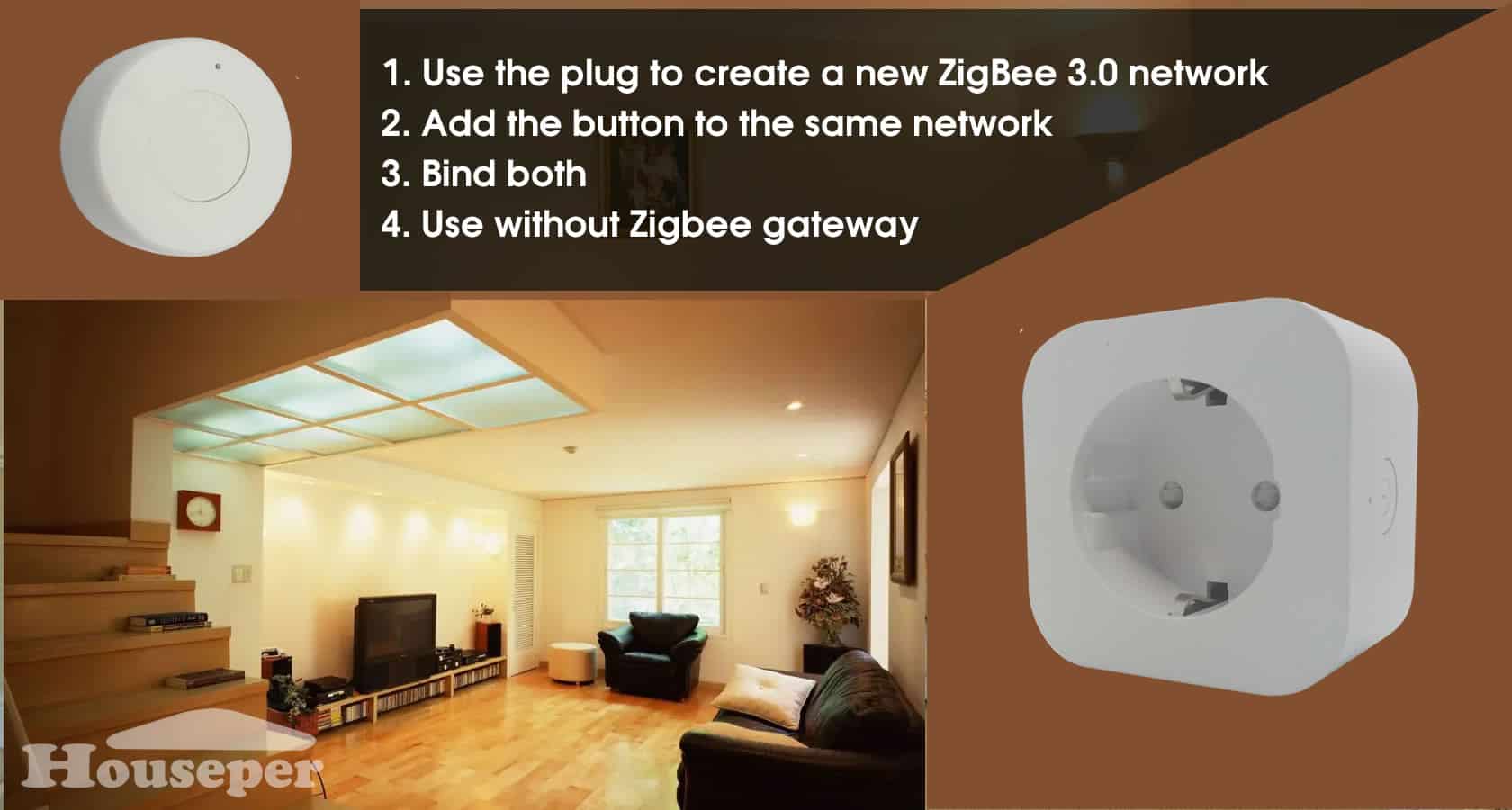 The plug has a built-in ZigBee module, which allows it to join an existing ZigBee 3.0 network or form its own. It is compatible with both Houseper controller and other controllers (hub, gateway) which you can choose on the market. When working alone, it can create a ZigBee 3.0 network to which other ZigBee 3.0 devices can be added. You can combine it with a control button and switch it conveniently.
The plug has a built-in power meter for current and total consumption, as part of the ZigBee protocol.
The device has optional PIN and PUK code protection against unwanted reconfiguration.